Aim of the course:
During the past years, questions about energy and energy policy have come to play an important role in global politics. Very few countries today have the means to secure their own energy need through national supplies, and instead long-going dependencies upon other countries have developed. A widespread international trade of crude energy material started already in the 19th century, but has increased exponentially during the second half of the 20th century. Energy trade has included everything from wooden chips, peat, and ethanol, to coal, oil, gas, and uranium. This international trade has developed as a parallel process to the growth of as well new, radical energy technologies (nuclear, large scale water-power, gas power plants, combined power and heating, etc.) and large systems for transport and distribution of energy(in the form of electricity, heat, gas and oil)through pipelines and lines.
At the same time, energy politics has become more and more entangled with other political fields, such as environmental politics, research- and innovation politics and foreign politics, which makes it more difficult to understand the development within the energy field. This course aims to give a deeper understanding of energy provision from a geopolitical and historical perspective.
Some of the themes discussed during the course will include International dependencies: gas, oil, uranium, energy and national identity in a global perspective, energy and geopolitics, International energy crises, the globalization of energy politics, the national to global innovation systems in the energy area 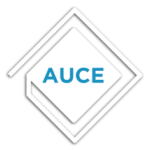